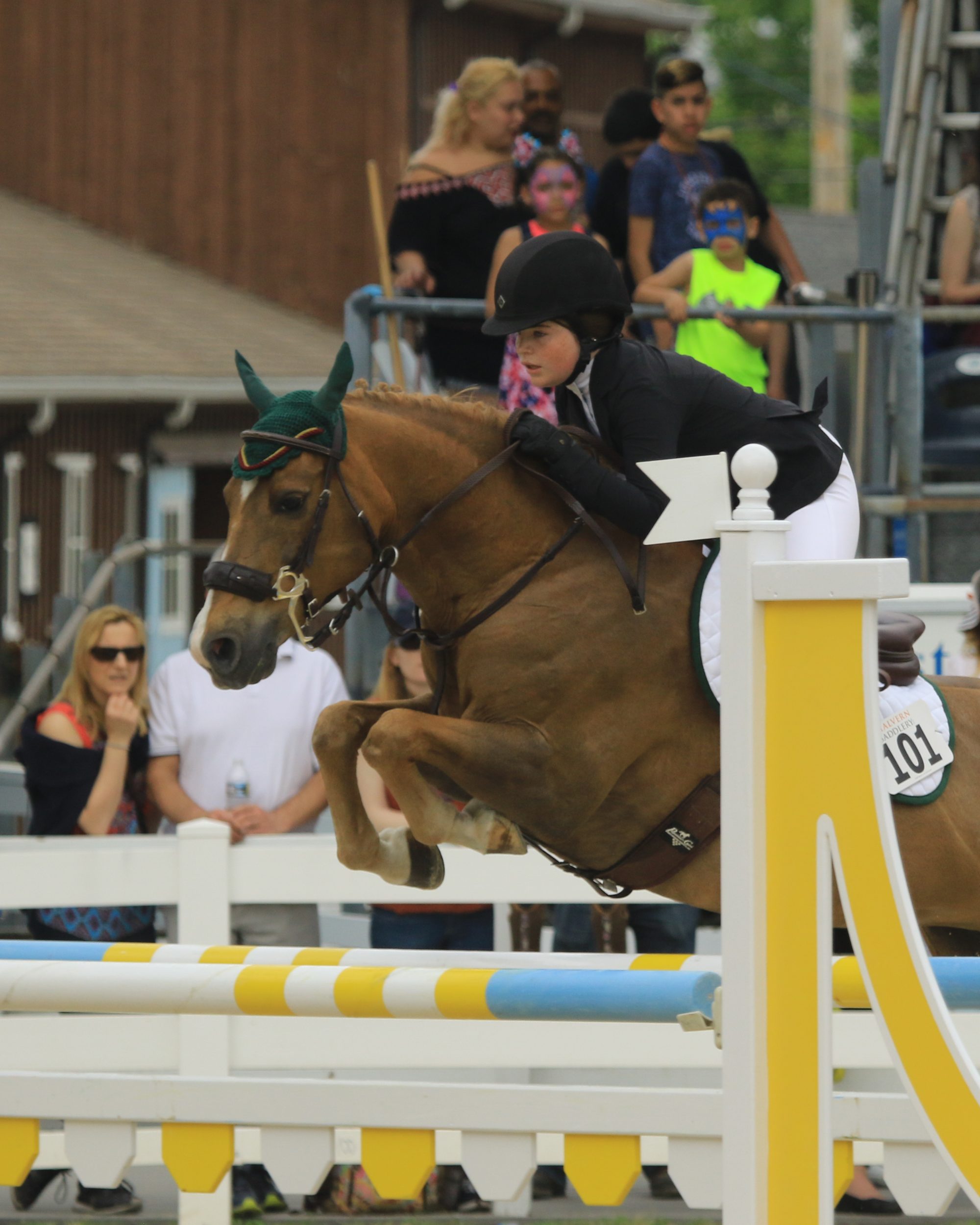 By Jordan Cobb
After only competing with National Treasure a handful of times, Katherine Dade walked out of the Dixon Oval victorious. Dade and Treasure teamed up in December, a few short months before the Devon Horse Show. Despite the short timeline, the pair schooled all the most challengi ng elements in preparation for what they could potentially face at Devon. This strategy proved to be the perfect formula as the pair took home the win in two out of the three classes, earning them Championship honors.
Normally not nervous, Dade laughed that she got a special case of Devon nerves. To mollify her fears, Dade turned to her best friend, who served her some tough love and reassured her she would be great. Her trainer, Gretchen Anderson, offered similar encouragement, reminding Dade, “You’ve got this! All you need is to go in there!” Taking this to heart, she wasted no time, galloping into the first class and walking out double clear and fast. Dade remarked that her nerves went away as soon as she landed from the first jump. Having shown in front of a large crowd before, she had the advantage of experience dealing with the pressure and excitement of the Dixon Oval. Nevertheless, Dade still felt the energy of the crowd “oooing” and clapping as she did her courses. Whether or not this energy transferred to her experienced sixteen year old mare, Dade was unsure: “The buzzer definitely sets her off!”
Having left the hunter ring only recently, Dade seemed to find the perfect balance between fast and clean in the jump off. Riding a fast pony, Dade remarked, “In my mind, I try to go fast, but I have to think slow; otherwise, I just bomb around! I have to make sure I go in control.” The newly made match between Dade and National Treasure is off to a winning start. ViaGen Can Make Cloning a Reality in Your Barn